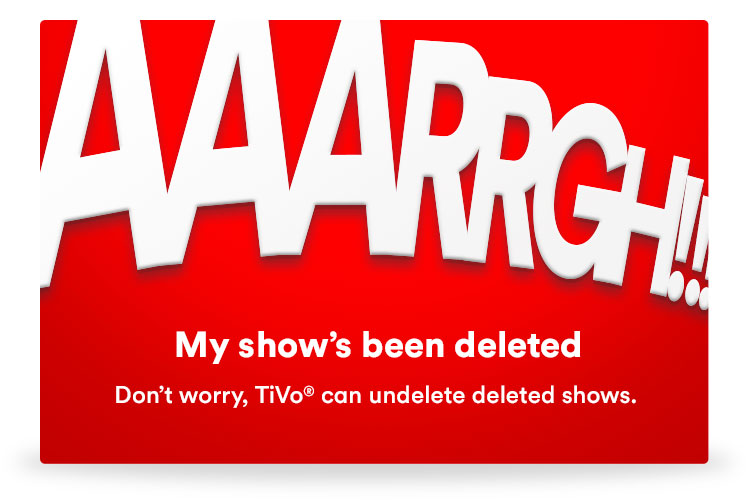 Has there ever been something you really wanted to watch, but weren't at home to see? Or have you ever wanted to watch two or three shows at once but couldn't decide between them? These problems are a thing of the past with Virgin TV. Discover your new-found TV recording powers right here.

Record several shows at once

You can record three channels at the same time on Virgin TV while watching a fourth show you recorded earlier! Pretty impressive for a little box. And that's not the only trick up Virgin TV's sleeve… 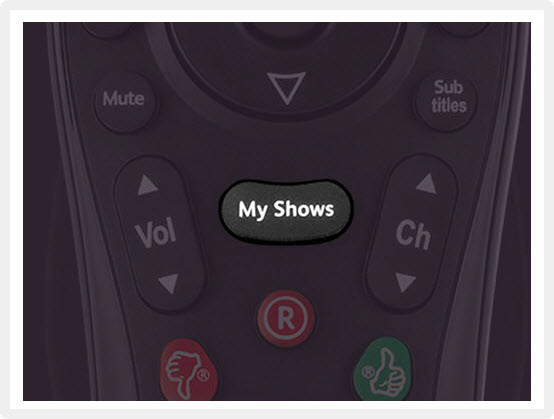 Shortcut to My Shows

Want to see what you've recorded? Press the My Shows button and look for shows with the recorded symbol to see what’s saved to your box.

Learn more about shortcuts to your recordings 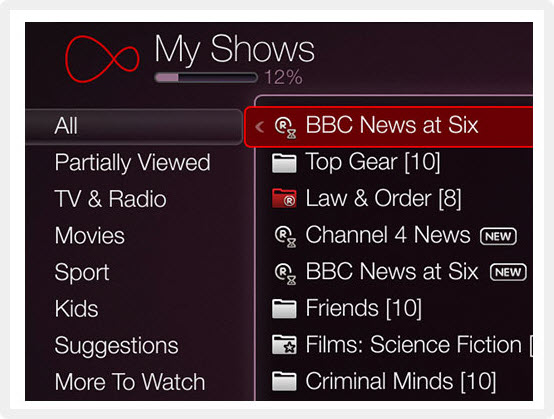 Your favourite shows are grouped

Want to binge-watch all the episodes of your favourite show? Episodes of the same show found on On Demand, Catch Up TV or Netflix are now grouped together by series in My Shows. Simply press Play on the group name then sit back and enjoy. 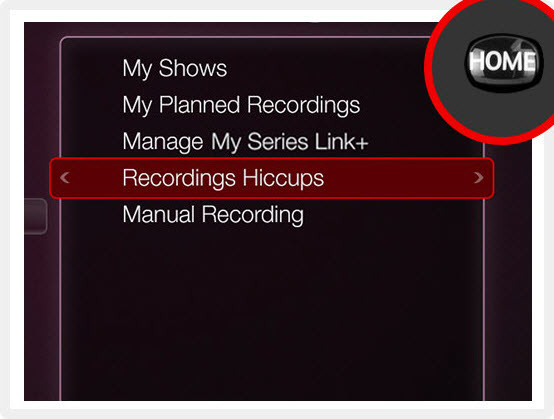 Sometimes a show won’t record because of a conflict or because of your settings. To find the reason, from the Home screen go to My Shows & Recordings, and choose Recording Hiccups. 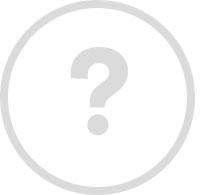 How do I get information about what I'm watching and recording on my Virgin TV box?

What do the My Shows icons on my TiVo box mean?

Can I watch recordings in another room?

How do I make sure my recordings don’t overlap? 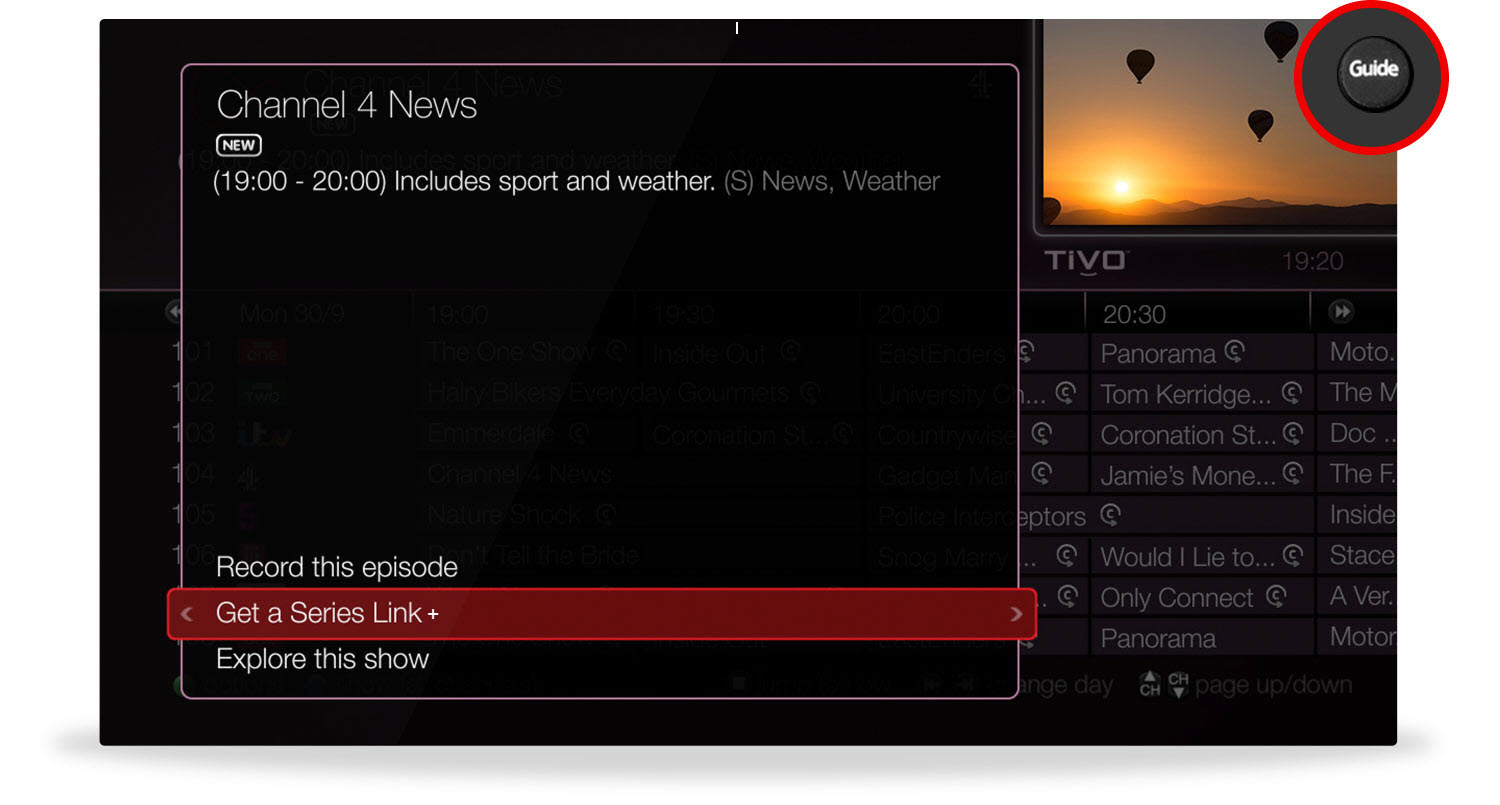 If you love a particular series and want to record every single episode, Series Link+ has got your back. Not only will it record the broadcasted show but it will also group all other episodes hidden in Box Sets, Catch Up TV and places like Netflix, and save them in a handy folder in My Shows. To set a Series Link+ simply press the Guide button on your Virgin TV remote, highlight the show you want, hit Record, and select Get a Series Link+ when the option appears. 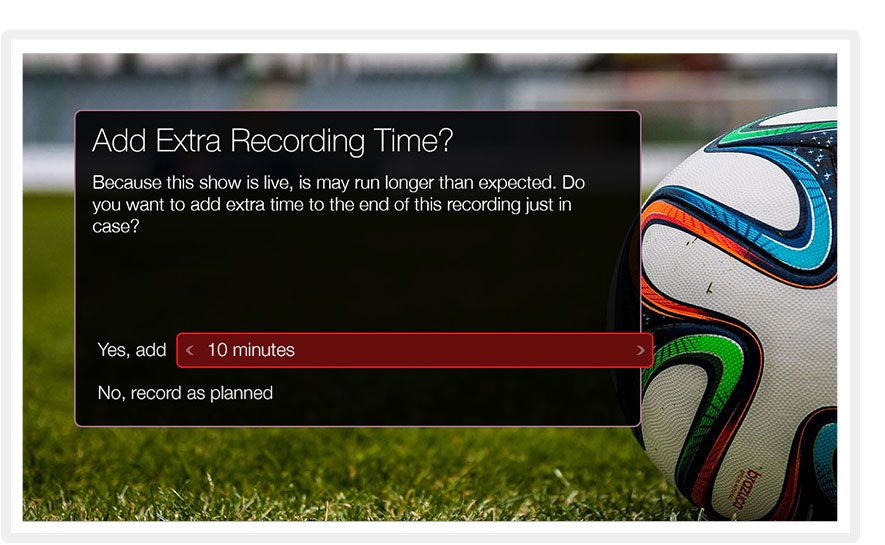 Choose when to stop recording

If your shows tend to last a bit longer than the stated recording time, you can manually adjust them so you won’t miss a moment. 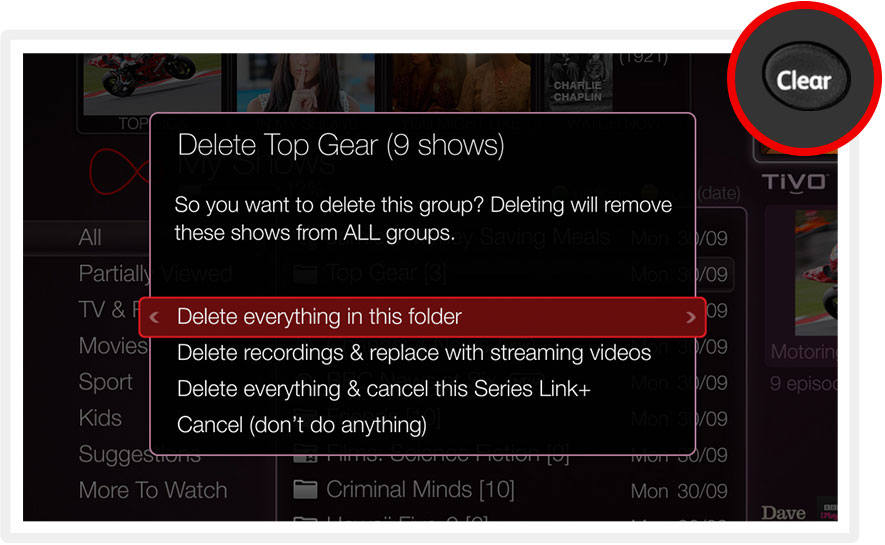 You can manage shows and films when you’ve watched them. Simply press the Clear button on your grouped Series Link+ recordings to free lots of space all at once!

How do I record a whole series on my Virgin TV?

How do I manage recordings with the Virgin TV Go app 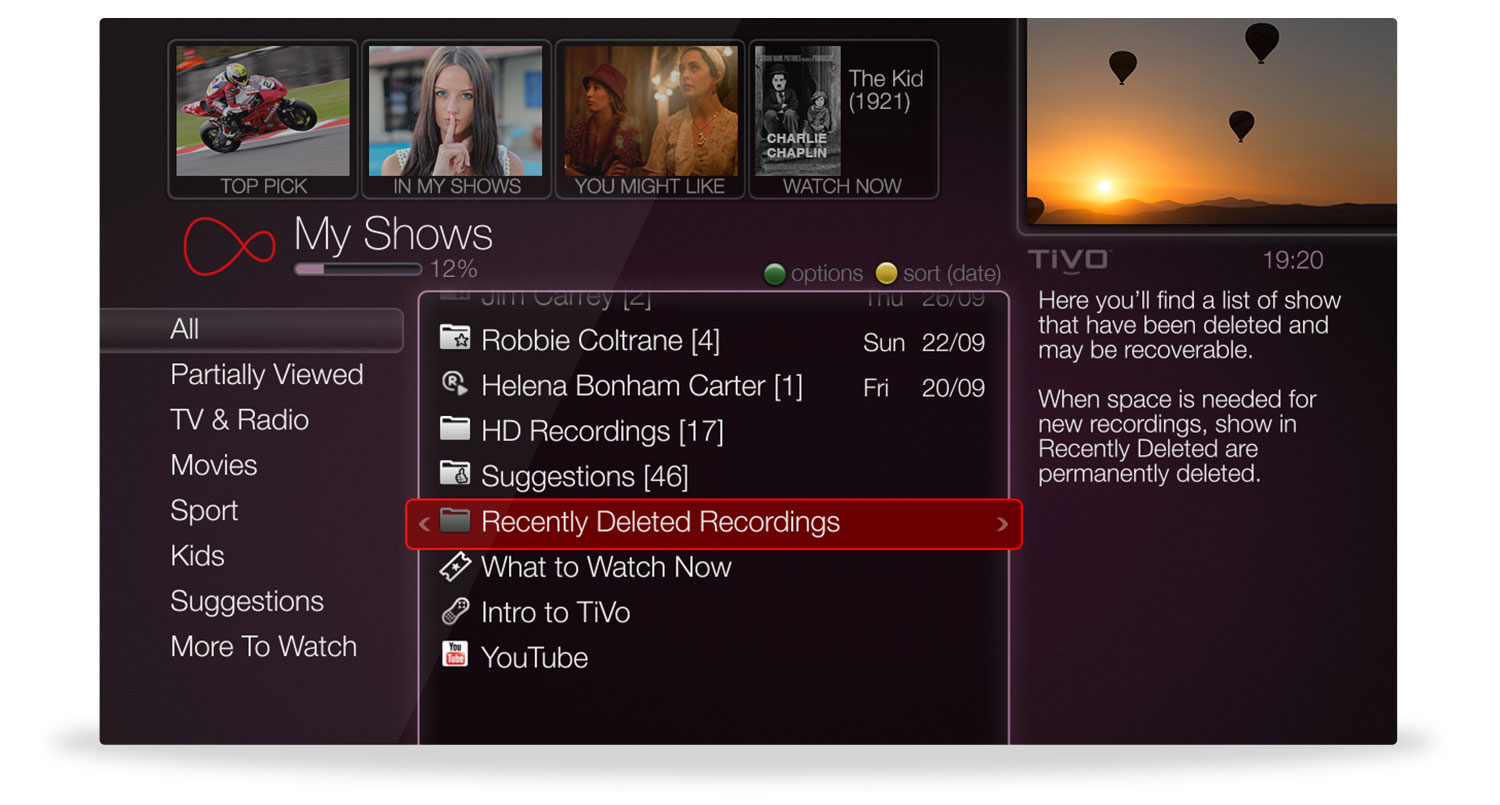 Oh no. It's happened. You've accidentally deleted that show you were desperate to watch! But with Virgin TV there's no need for alarm, because you can simply recover it with the press of a button. Phew. Panic over. 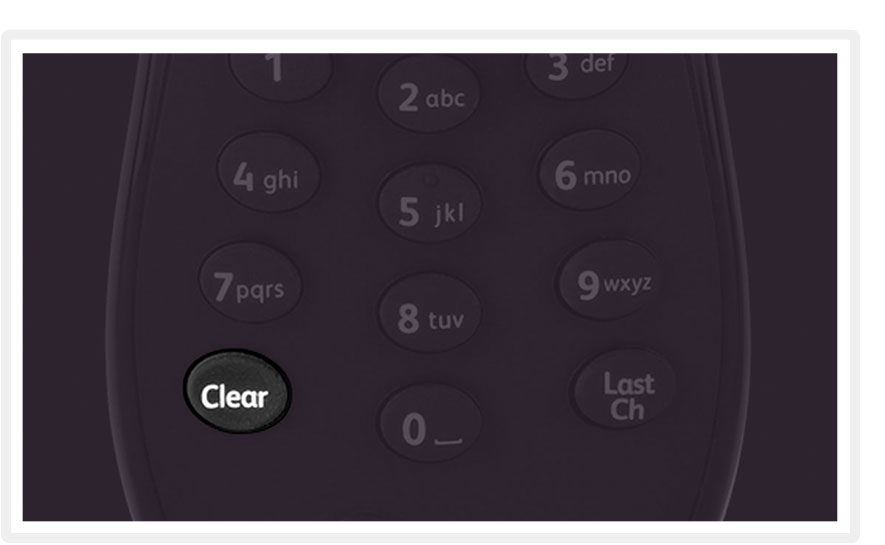 Quickly delete a show or series

Prefer to delete, rather than undelete? No problem. Press the Clear button on your Virgin TV remote when highlighting the show or series you want to erase. 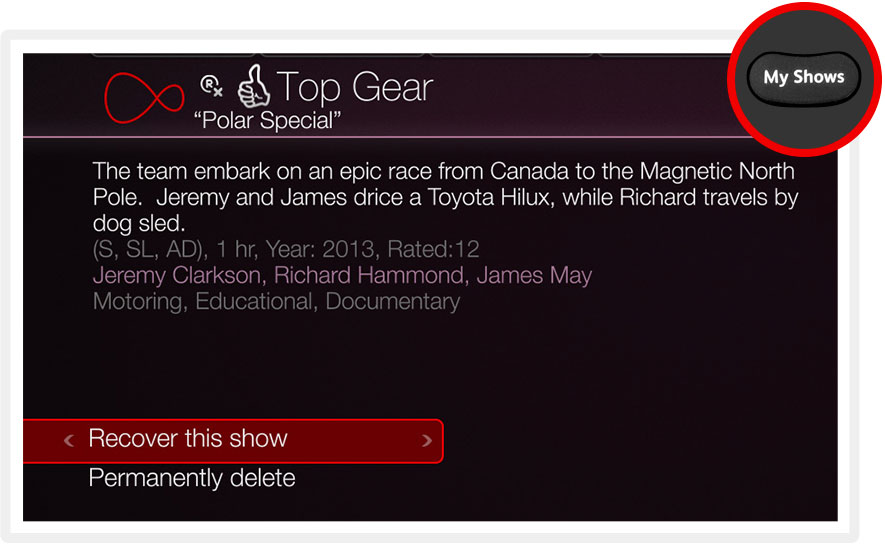 It's easy to recover those deleted shows. Press My Shows on your Virgin TV remote, select Recently Deleted, choose the name of the programme you want to undelete, and select Recover this Show.

How do I delete & recover recordings on Virgin TV?

How do I delete stuff to stop my Virgin TV box running out of memory?

More about undelete in Help & Support 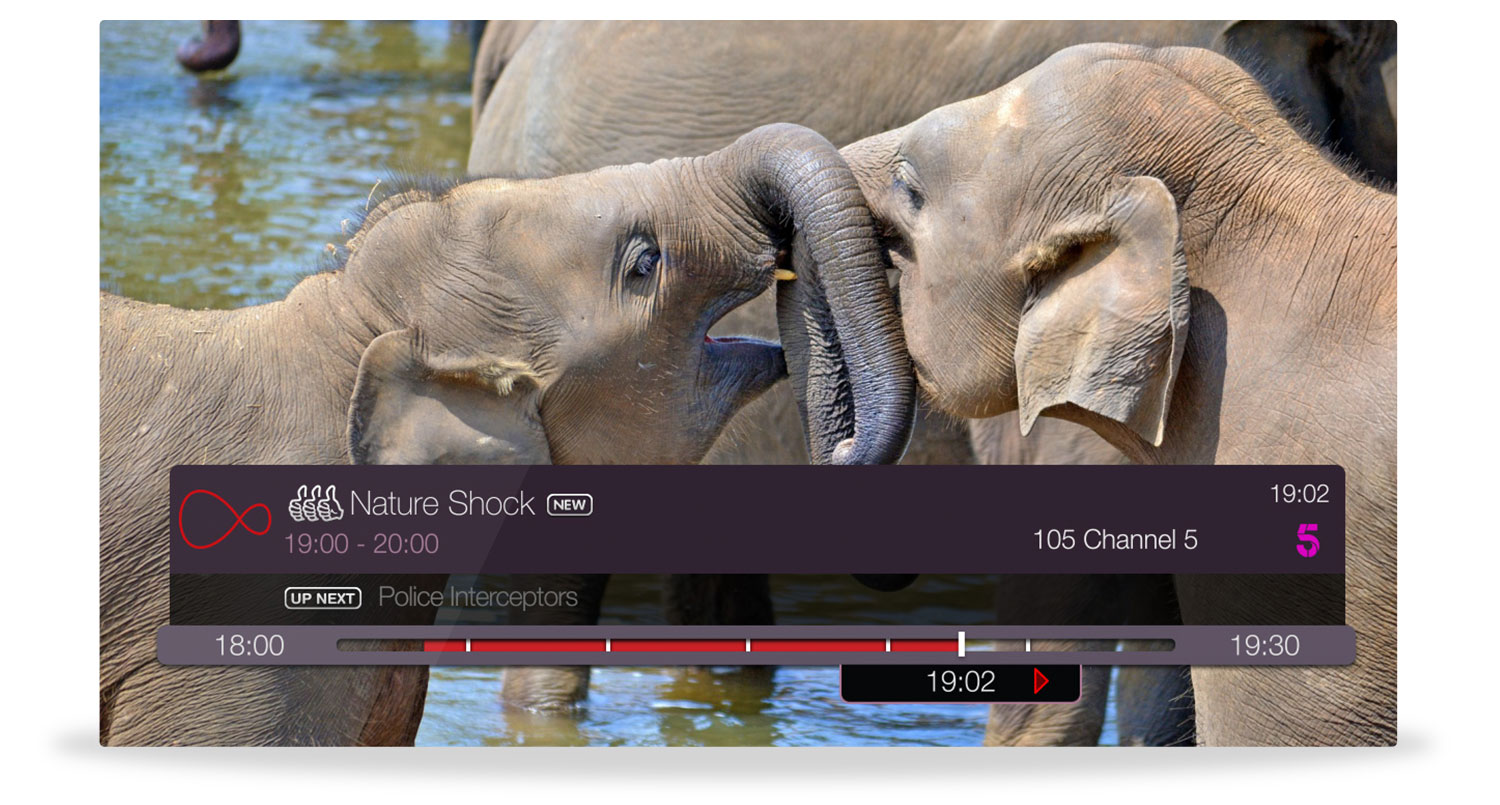 Your Virgin TV box isn't like a normal TV box – it's also your TV buddy! Like a telly savvy chum, your Virgin TV box will recommend shows that you might like based on what you’ve watched in the past and how you rated the shows with Thumbs Up and Thumbs Down. It's a great way to discover some fantastic gems. 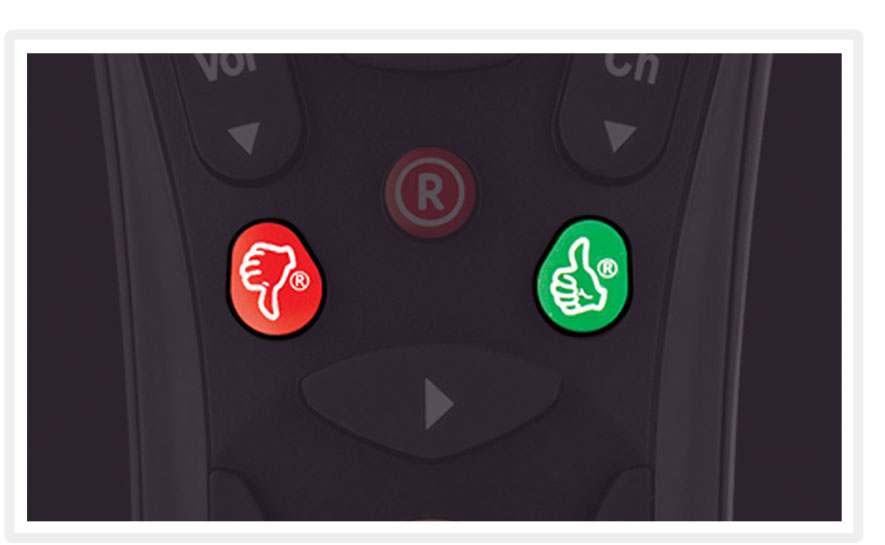 Your Virgin TV will record suggestions

We'll record your suggestions automatically so you won't miss out. You can help your Virgin TV box make even more relevant suggestions by giving shows a Thumbs Up or Thumbs Down, just like a Roman emperor. 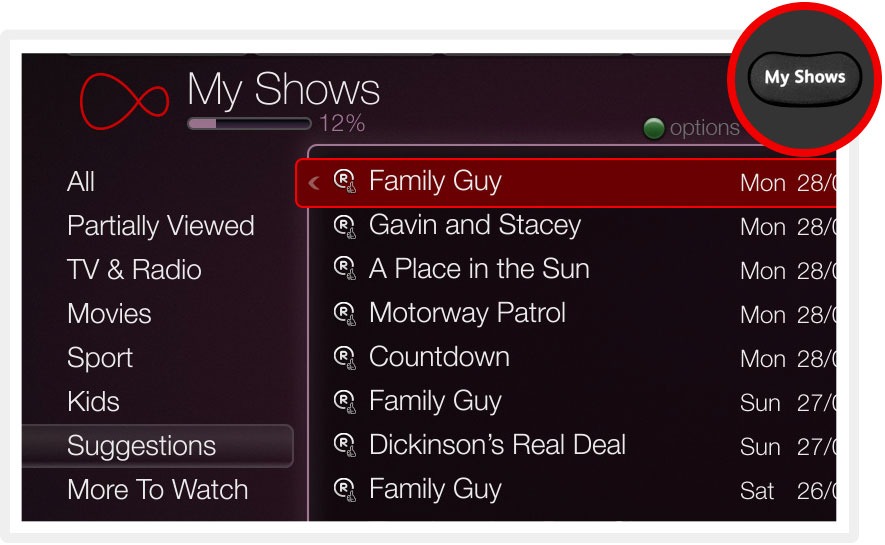 Watch recorded suggestions in My Shows

To find recordings based on suggestions, simply press My Shows on your remote and open the Suggestions folder.

How do I teach my Virgin TV box what I like watching?

What do the My Shows icons on my Virgin TV box mean?

More about Suggestions in Help & Support 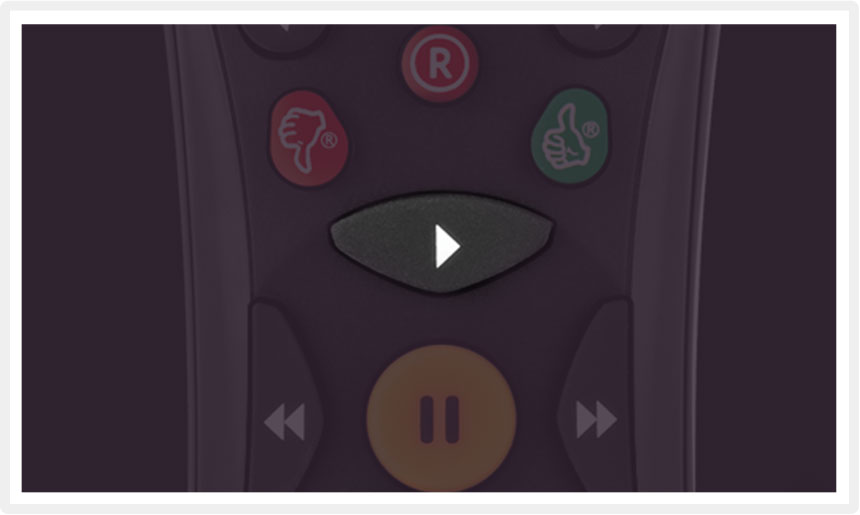 Want to start watching shows a bit more quickly? In My Shows press the Play button on any show to start watching immediately. You can even press Play on a folder to watch everything inside from oldest to newest.

Learn more about My Shows

Can I watch a show on my TiVo box while I’m recording it?

How do I make sure my recordings don’t overlap?

Got a problem? We've got the solution.
Visit the Help section for more information.

Brush up on your Virgin TV expertise whenever you need.
Simply bookmark this page in your browser
or add it to your favourites.